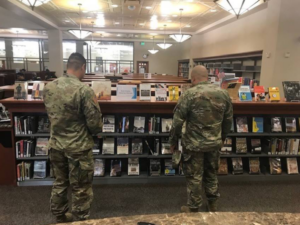 Veterans selecting browsing books out for the Veteran’s Day Display.

The library rotates displays of books that are of interest to the general population or of special interest to student population groups. Students can find displays focused on subjects such as study skills, how-to-reduce stress, graphic novels, books by select authors, banned books, books in the media, and others. The aim of the book displays is to promote reading and to help support students’ sense of belonging on campus.

If you have a suggestion for a book display, please let us know. You can email your suggestion or chat with us by going to Ask-a-Librarian. 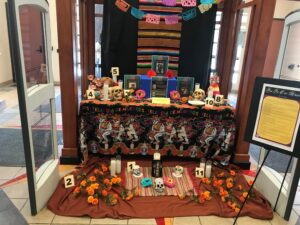 The library may dress up the space to celebrate cultural events of importance to the campus. These displays are in partnership with the Cadena Cultural Center and in support of their mission to provide opportunities for Fullerton College faculty, staff and students to increase cultural awareness and competence, examine one’s own world view, and increase their sense of belonging to the campus community.

During the pandemic, the Ofrenda Display was turned into a Dia De Los Muertos Interactive Learning Guide. 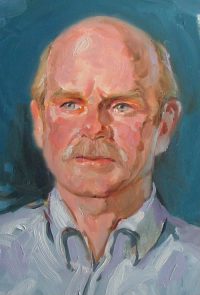 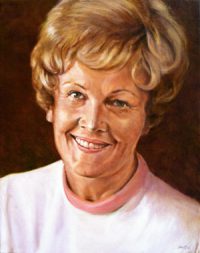 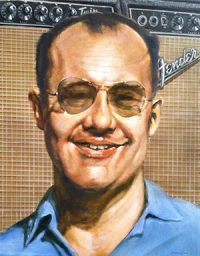 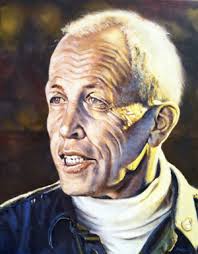 1928– Born in Montana 1961–1992 Football coach, golf coach, Athletic Director and Dean of Physical Education at Fullerton College 1964 Start of the 47-game winning streak 1965, 1967, 1983 Football National Championships 1992 Coach Sherbeck’s 240 wins and three national titles make him one of the most successful coaches in community college history 1992 Athletic field renamed Sherbeck Field 2001 Hall of Fame, Commission on Athletics 2005 Fullerton College Athletics Hall of Fame Over 500 of his athletes continued their football careers at the university and professional levels, and many became high school, college and professional coaches 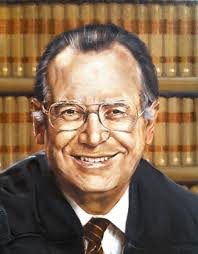 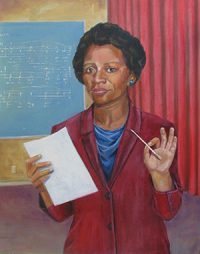